Robbo – The Blog of Andrew Robertson

I have to admit that I went into the Canowindra Challenge completely unprepared. I had only flown 4 times in the previous 12 months and with the Worlds looming on the horizon, the pressure to get some good flying in was starting to wear on me. 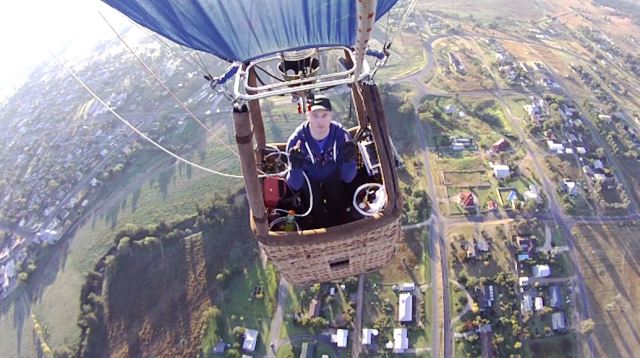 David Levin, who will be directing the World Championships in August, had kindly agreed to come out to Australia from the US to run this year’s competition. It was going to be great practise for both of us leading up to the Worlds. Unfortunately a few pilots had to pull out at the last minute, so we ended up only having 7 pilots competing. This didn’t seem to faze anyone and everyone took it as seriously as they would a Nationals. It was game on!

When you only have 7 pilots competing in a competition using the AXMER rule book, the scores for a task can be brutal. Basically if you didn’t get in the top 3 results (i.e. above the median pilot) for a task you would really suffer. There were many glum faces during the event by pilots (including myself on occasions) when they realise they only picked up 400 points for a 14 metre drop.

This brutal scoring certainly impacted on me for the first 3 days of the competition. Initially I thought I was flying OK, but soon I realised that OK was not going to be good enough. By Wednesday afternoon I was back in 5th position and many points away from the Top 3. It was becoming demoralising and it wasn’t doing much for my confidence before the Worlds.

Sean Kavanagh had joined our team for the event. Sean is going to be part of our team (Team Robertson) for the Worlds and this was the week to see how we all worked together. I have crewed for Sean at many Worlds and Nationals, but we have never tried it the other way around. It had been a long time since he had been on the ground for a competition and was heard on many occasions to say things like “it is so frustrating when you tell them where to go and then they don’t do it”.

In an effort to turn the game around, Sean and I spent some time on the Wednesday afternoon psychoanalysing me and deconstructing my flying style. We scrutinised everything I was doing prior and during a flight. It really was incredible that during that hour discussion we discovered a number of key things that I was doing mentally wrong which were affecting my performance. There were things I had been doing for the last 15 years of competing that I had never recognised as being an issue.

Reflecting on a good morning

The next morning I woke up feeling like my brain had been rebooted and things definitely turned around. My pre-flight planning was spot on, the balloon started going where I wanted it too and my marker drops became more accurate. I managed to get Top 3 results in 9 of the following 10 tasks and picked up the 1000 points for four of them. After 2 flights I managed to jump from 5th up to 1st place. I had a 300 point lead over Adam Barrow, who had been leading the competition from the first flight. 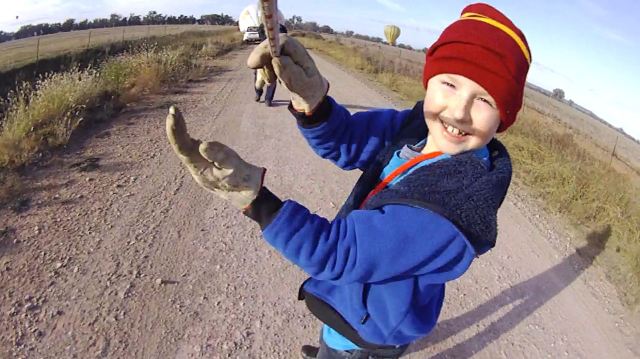 Friday afternoon was the last flight. Having got into 1st place, I was quietly hoping for the flight to be cancelled. Like the previous afternoons (that had been cancelled) it was warm and it had been pretty thermic during the day. David Levin had declared a Hesitation Waltz task at the briefing, however when we got to the field they called a supplementary briefing and changed the task to a Pilot Declared Goal due to a major shift in the winds. The weather turned good and the green flag went up. After letting off a lot of pibals, we found we only had about 10 degrees of steerage. Even worse, there weren’t any easily achievable goals within those 10 degrees. This was going to be a game of roulette.

Seconds before lift-off, I quickly made a decision between 2 goals that were along the same road, and I shoved my declaration into the hand of my observer. I pulled the quick release and instantly went the wrong direction. A lot of swearing started happening in my basket.

With Adam so close behind me points wise and the unforgiving scoring system, I spent most of the flight watching what he was doing. With the rest of the pilots a comfortable distance from me in the points, Adam was my only concern. It had become a match race flight to determine who would win the Canowindra Cup. When I wasn’t watching Adam, I was looking at the arrow on my computer hoping for a light thermal, some random gust or even for a bird to fart. I needed anything that would give me a left turn, but there was nothing.
I was about 5 minutes away from my intersection and I saw Adam drop down low over the other intersection I had thought about selecting. He was low and he looked close. I could see 1st place disappearing. More swearing occurred.

Then something happened. I happened to see Paul Gibbs, who was about 500m in front of me, go up and as he did so, he got a light kick to the left (ironically which he didn’t need). I went down to the same height as him and the kick wasn’t there. Even more swearing occurred. There was nothing else I could do but just sit at that level and hope that a miracle would occur.

And then it did. Ever so slightly the arrow on the computer started turning. It was so subtle that without the computer showing it I would never have known it was there. I only needed 3 degrees of left and I managed to get just 2 degrees. I knew this wasn’t going to get me over the intersection but it was a free throw task so near enough would have to be good enough. When my computer and clinometre told me I was about 60 meters from intersection, I spun the marker as fast as I could and threw it. In typical fashion, the marker looked like it was falling forever and then it finally landed what looked like about 30 meters from the intersection.

As soon as I had flown the required 200 metres, I landed in the first paddock I could. I grabbed my phone and rang Adam. Expecting him to tell me he dropped a couple of metres, he informed me that he had actually dropped 34 metres. My observer was just about to measure my marker and I knew it was going to be really close. After what seemed like an eternity, Kath announced over the radio that my marker was 27 metres from my goal. I had won the Barrow/Robertson match race, the task and the event.

I must thank everybody involved in organising the event; the organisers, the sponsors, the officials, the observers and the other teams. Jan and Graham Kerr (once again) put in a heroic effort to run yet another fantastic event. Special thanks must also go to David Levin for coming such a long way to run the event. I could not have asked for a better practice week before heading over to the Worlds.
Finally, I would like to thank my team; Jan, Rob, Kath and James for being a great family unit, skilled team and doing a great job of tolerating all my mood swings. Also special thanks must go to Sean Kavanagh for joining Team Robertson. Not only did he lend me his balloon and his time, but he also did a great job of fixing me mentally. 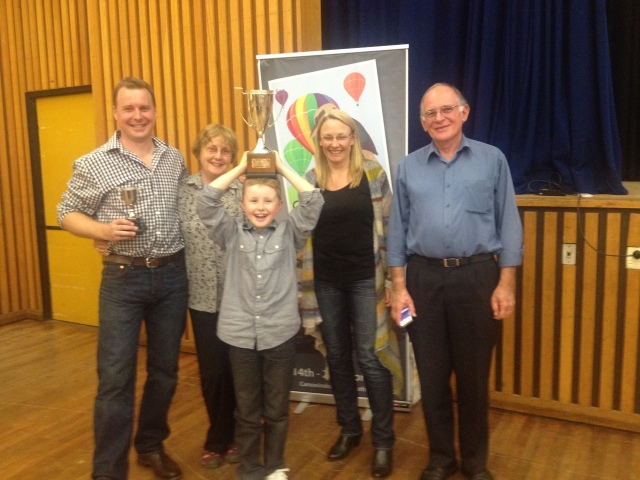 Our team worked so well together and I am hoping we can be as successful at Battle Creek.